A desire to create a venue for community interaction, along with an interest in the city center and its revitalization, led ArchitectureWorks to invest in the old Birmingham Publishing Company Building in downtown Birmingham. Originally built in the 1920’s, the brick and wood structure was separated from a similar building mid-block by an open lot. In the 1950’s, a terra-cotta tile and bar joist infill building was constructed to house the press room for the expanding printing company, effectively creating a single building.

Acquiring the buildings in 1999, ArchitectureWorks sought to establish an environment that would encourage the community to become exposed to and engaged in the practice of architecture. Conceived of as a complex of inter-related spaces, the studio and a multi-function space each open to and are connected by an open-air courtyard, which, in turn, opens to the street. The large open design of the studio, with movable furniture and low partitions separating the individual workspaces, emphasizes the collaborative nature of design that is core to ArchitectureWorks’ process. The importance of sustainable design was also articulated through the use of natural light and reclaimed materials.

Originally the home of the Birmingham Publishing Company since 1920, our office typifies the architecture of downtown Birmingham. Purchased in 1998, we renovated the buildings maintaining the exterior facades but re-envisioning the interior. An infill building constructed in the 1950’s was demolished to create a courtyard that connects the open office space with the community meeting space next door.

The large open design of the studio, with movable furniture and low partitions separating the individual workspaces, emphasizes the collaborative nature of design that is core to ArchitectureWorks’ process. Large open tables encourage spontaneous collaboration. Reclaimed cypress wood slats skin the new elements in the space. Natural light floods through a new steel and glass bay window that looks onto the courtyard. The courtyard also serves as a gathering space. 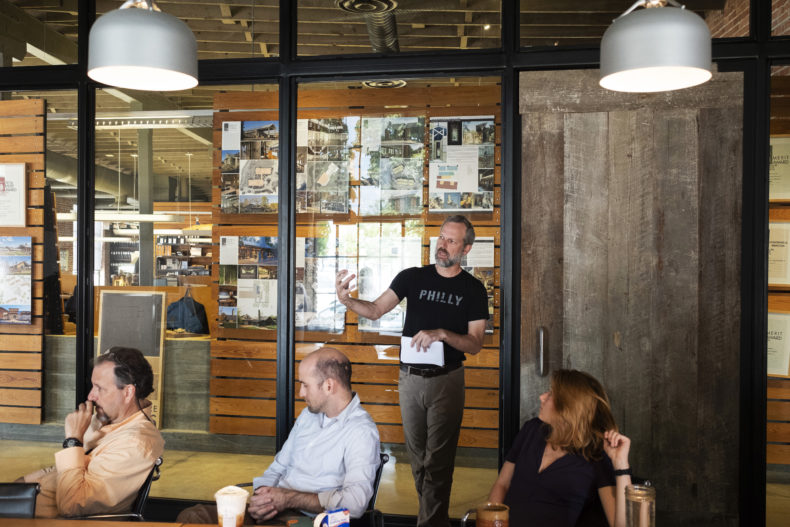 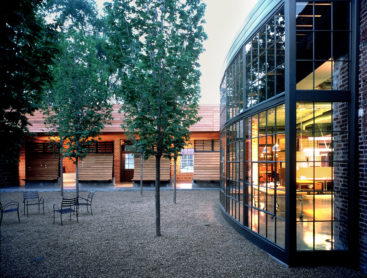 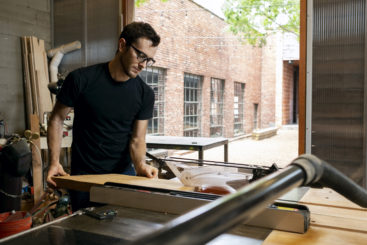 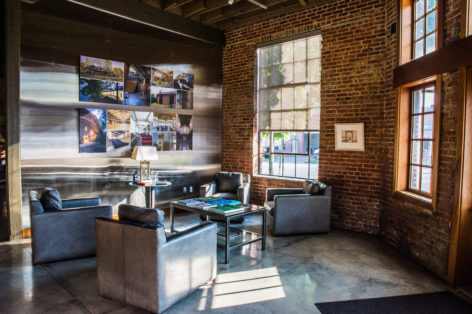 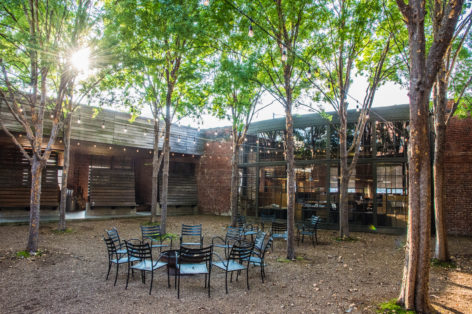 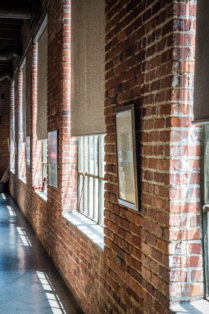 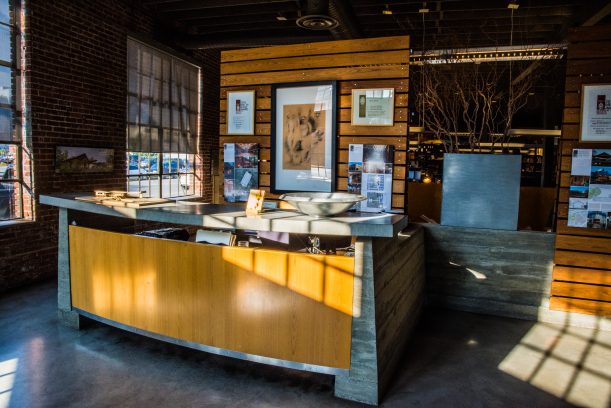 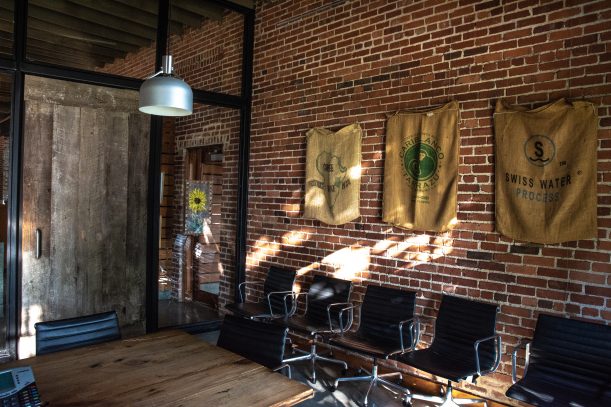 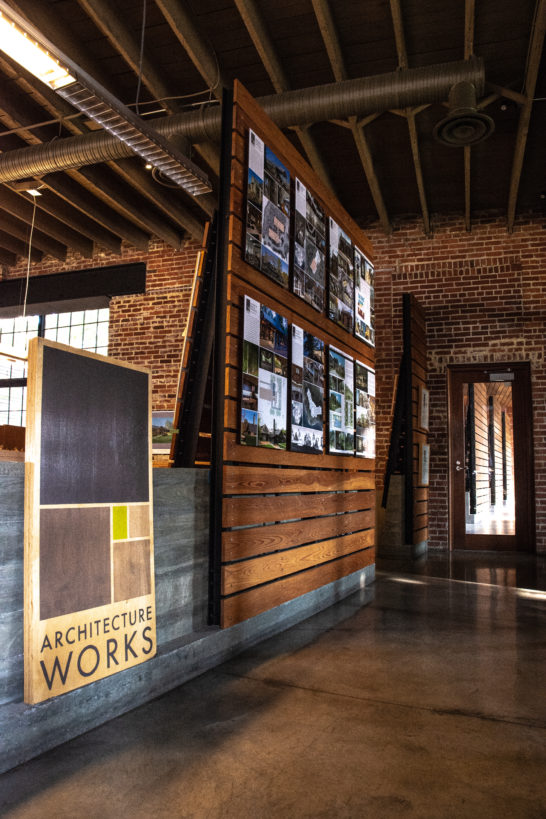 The connected community space, SawWorks Studio, was originally Birmingham Stave and Saw Works. In 1998 the building was purchased along with the Birmingham Publishing buildings adjacent to it. The space was renovated and a loft apartment added over a new conference room. Natural light flows from both sides through oversized existing steel and glass windows. The existing structure is left exposed in the space complementing the original brick walls.

SawWorks Studio is a commitment to the greater community of Birmingham. It is used primarily by non-profit groups as a community meeting space. The building has housed meetings for SpeakFirst, FORRD (Friends of the Railroad Park Development), Cahaba River Society, Alabama Wildlife Center and many others. 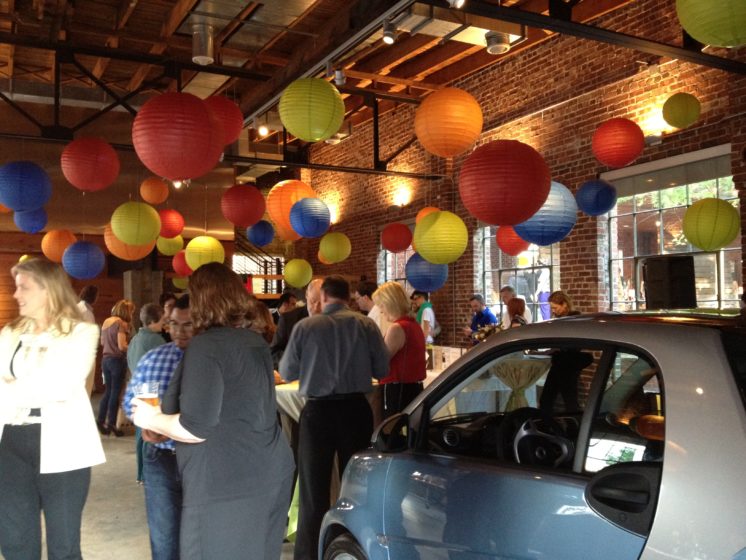 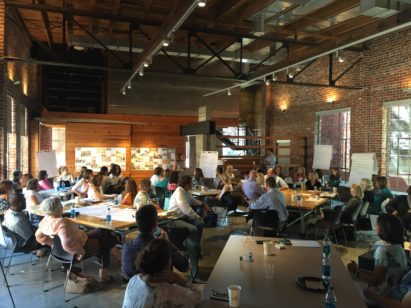 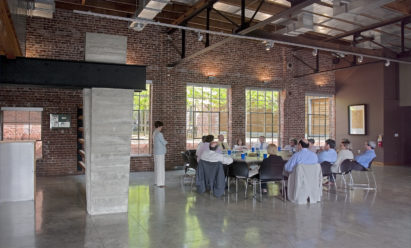