Repurposing a former plant nursery into a German biergarten, Brät Brot employs counterpointed elements to create a unique food and beverage concept. The owner and design team acknowledged early in the process that the quirky existing building and location of the concept in a Birmingham, Alabama entertainment district posed some challenges to the development of an authentic biergarten atmosphere. Embracing, rather than ignoring, these factors led them toward a concept that cleverly reused existing building elements such as an overly-exaggerated, stone-gabled entrance, the galvanized frame of a greenhouse, and hooped shade structures while treating them with contemporary finishes, insertions and landscape elements.

Visitors are greeted by a juxtaposition of modern and kitsch—planar steel and wood features contrast sharply with displays of surrealist taxidermy and neon. The large, air-conditioned greenhouse ‘dining room’ is designed around an enormous carved limestone bar and beer ‘fountain’ that is set directly across from a large, concrete Honduran wood-fired grill, allowing the preparation of the food and beverage elements to become a sort of theater within the lush landscaping and common seating of the dining area.

Beyond the dining room is a garden of hedged rooms beneath the hooped pole structure of a former shade garden. Tea olive hedges form private gathering spaces directly adjacent to a white marble ping-pong table and marble framed lawn bowling pitch as a further juxtaposition of fine materials and landscape design with the more-pedestrian pleasures afforded by cold beer and bratwurst. 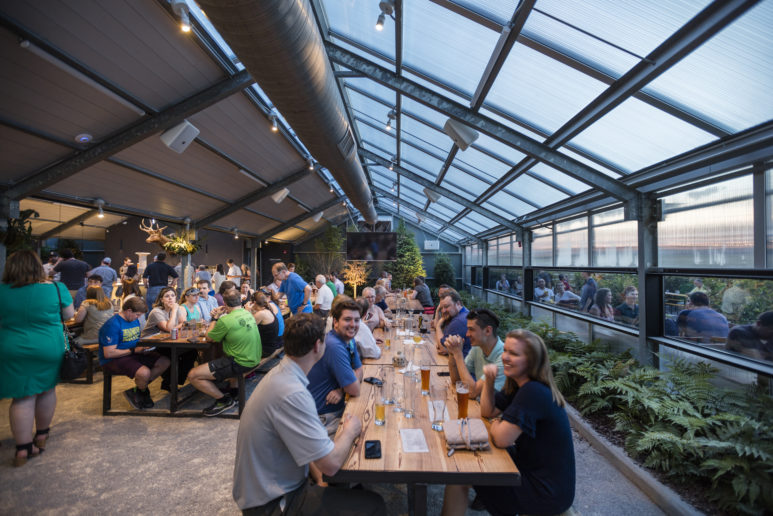 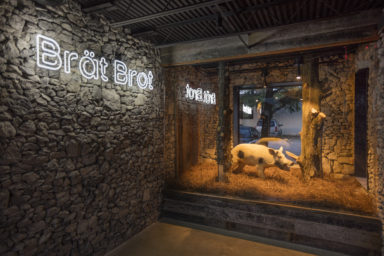 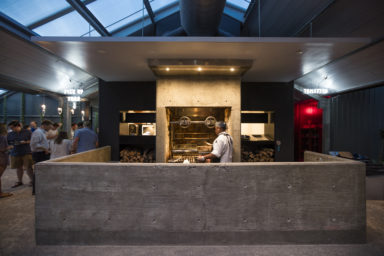 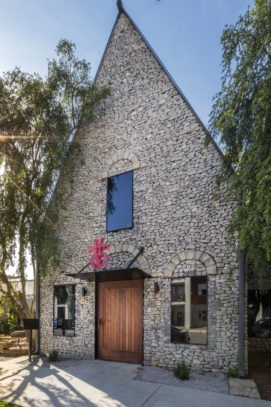 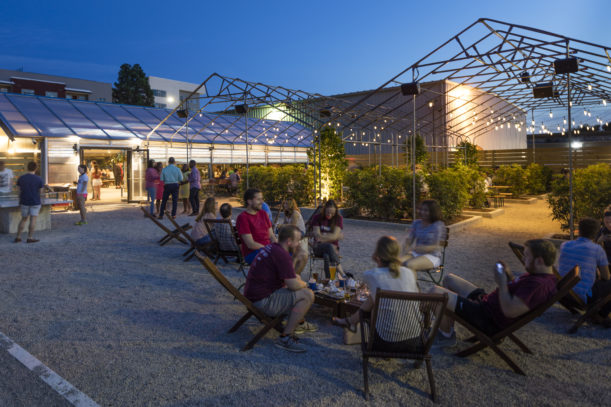 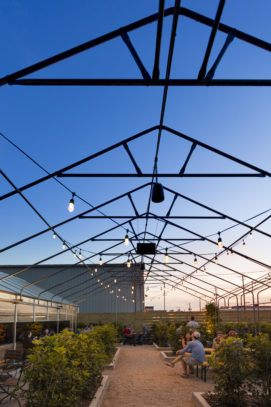