Completed in 1925 and designed by Warren Knight & Davis, a prominent architecture firm during the early development of Birmingham, Independent Presbyterian Church is considered one of the most significant ecclesiastical structures in the city. The English Perpendicular style sanctuary is noted for the sensitive proportions of its limestone and native sandstone masonry, as well as its important stained glass windows executed by the D’Ascenzo studios of Philadelphia.

After 85 years of service, the roof system, walls, and window frames all needed attention. Rather than addressing these items on a short-term basis, ArchitectureWorks assisted the congregation’s leadership in establishing a scope of work that would be as lasting and effective as possible for future generations by incorporating durable materials and systems consistent with the original construction of the building. A new Vermont slate roof was installed. Graduated in both thickness and size from eaves to ridge, the material was obtained from the same quarry that provided the original shingles. All flashings were replaced with new 20-oz copper and lead coated copper materials.

Low-slope roofs over the sanctuary’s two large organ chambers were replaced with new flat-lock seam copper. After incurring damage from weather and numerous lightning strikes, the French inspired fleche received a new cross, built around a concealed lightning rod and conductor. General repair of all exposed fasteners at seams and joints was also completed. A historical masonry expert, sourced by ArchitectureWorks, repointed all limestone parapets, window surrounds, and window tracery. Lime content was tested and new mortar types, colors, and sand aggregates were carefully matched to the original.

New façade lighting was installed, sensitively accenting each of the sanctuary windows without overwhelming the pedestrian scale of the neighborhood. Additionally, ArchitectureWorks discovered drawings for a pair of lanterns and a front sign which were never executed from the original design of the Church. ArchitectureWorks provided instructions for handcrafting the sign and lanterns by local artisans using solid bronze and custom blown cathedral glass. 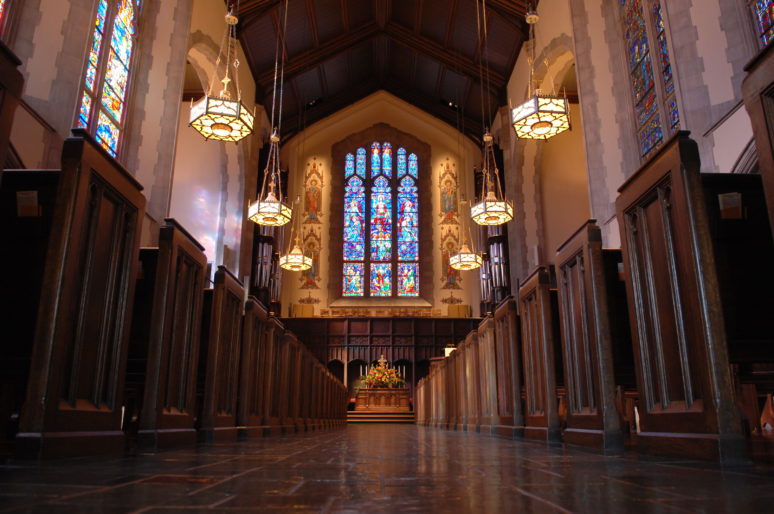 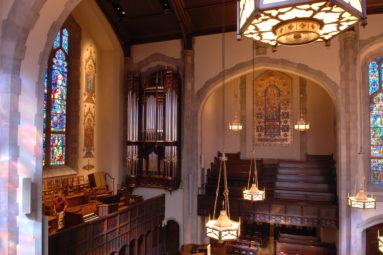 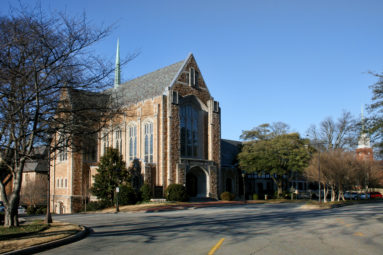