Highlands United Methodist Church is a historic Church built in 1909 in Five Points South in Birmingham, Alabama.  ArchitectureWorks led a master-planning process for the church campus that would be implemented over a number of years.  Collaborating with the congregation throughout the programming and design phases, ArchitectureWorks created a solution supported by all participants.  A main focus of the master plan was to connect the church campus by assisting them with vacating a city alley that had separated their sanctuary building from their education building.  A New Greeting Space was designed to create a connection between the Church and the Education Building.  A gated entrance and parking were developed in the area behind the sanctuary and new entrance was designed.  A second phase of the master plan was the implementation of the lower level fellowship hall, commercial kitchen renovation and the addition of a columbarium on the south side of the property. 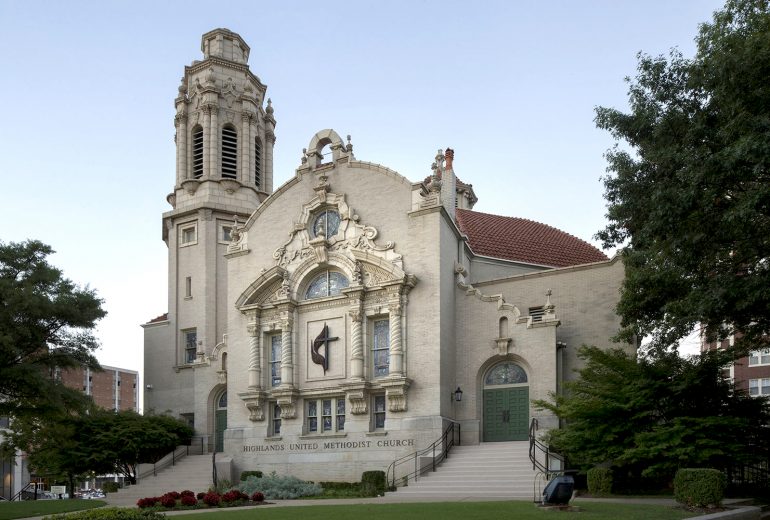 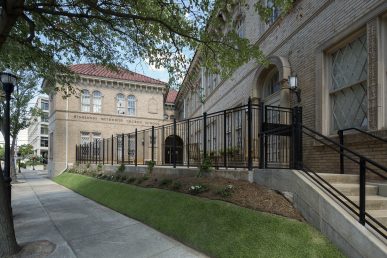 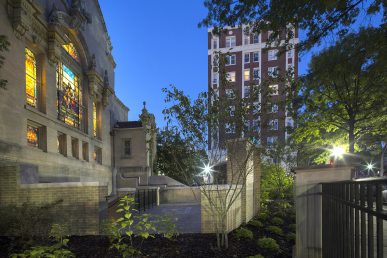 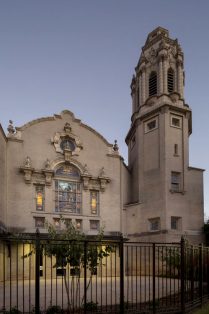 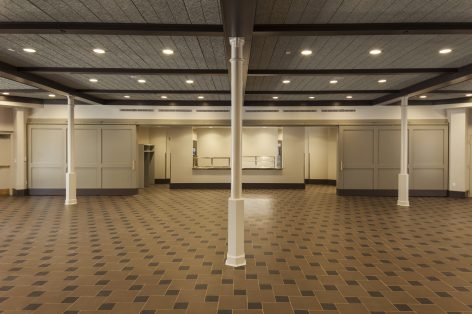 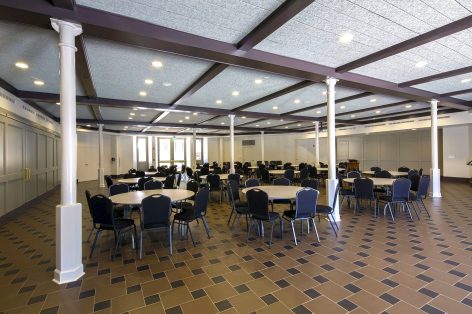