When Intermark Group, an advertising agency based in Birmingham, moved its headquarters to a historic downtown building, their primary goal was to develop a collaborative environment that would inspire creativity. This, along with the building’s rich history as a car dealership built in the 1920’s, made it appropriate to juxtapose the old and new while focusing on a rich material palette.

The first floor lobby space was enlarged and refined using colored concrete and wood panels. The second floor was organized around an existing central service core. Conference rooms, clad with dyed plywood panels, wrap this core, pushing the workstations to the perimeter and allowing natural light deep into the building. Smaller “ThinkPods” are anchored along a 24 inch thick brick wall and entered through cut openings in the wall. Over the kitchen, in one of the massive skylights, is another meeting room, a “SkyPod”, wrapped in reclaimed heart pine boards. A salvaged Airstream trailer, converted into a conference room, serves as a focal point for the spaces, and reclaimed elementary school bleachers are used as seating for office-wide gatherings, further enhancing the collaborative environment. 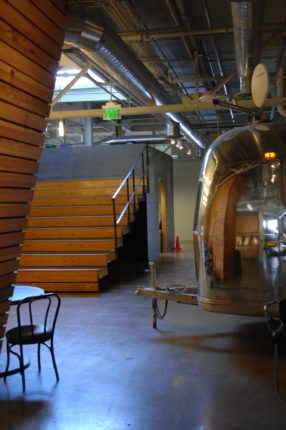 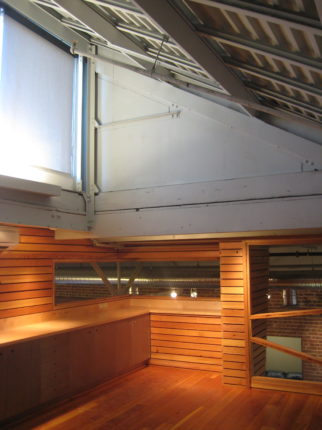 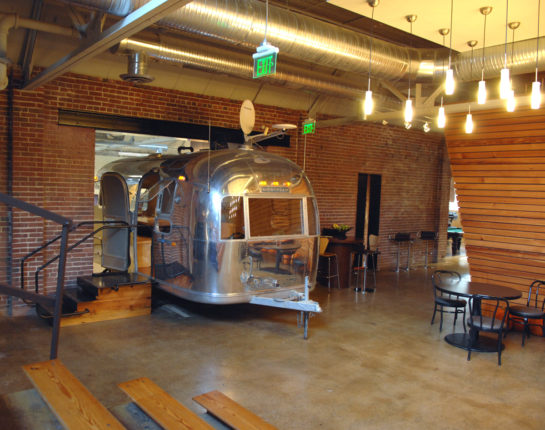 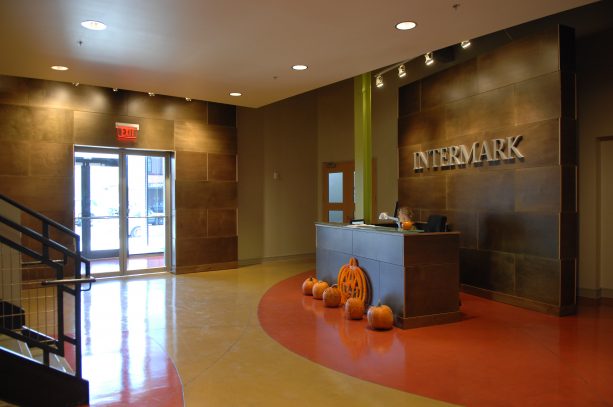 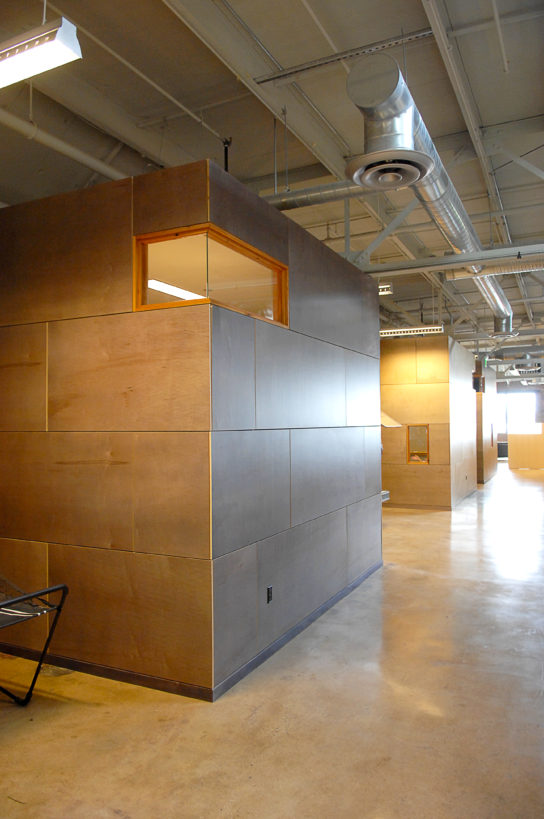 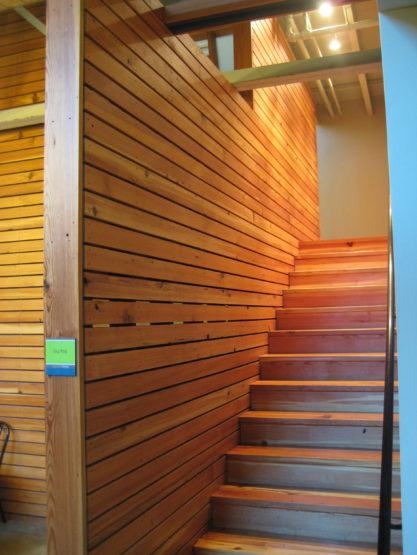 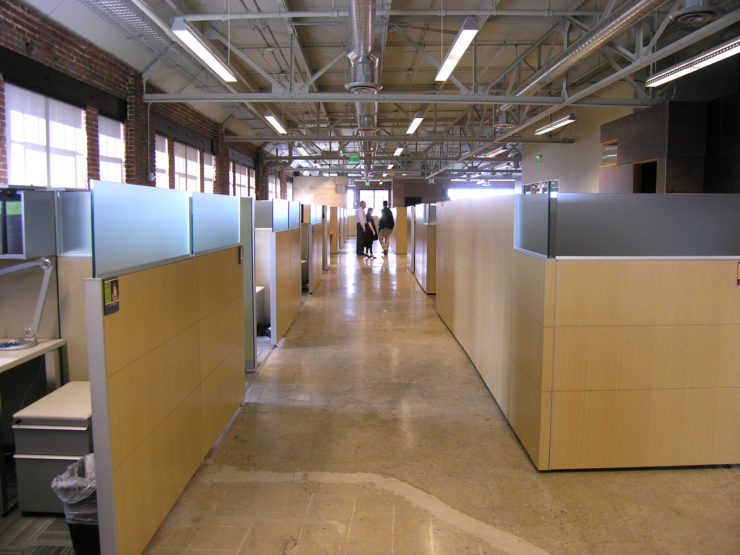